It was a persistent feeling that something was missing, something we understood in our bones but couldn’t name in the current DEI climate.

That’s because it didn’t exist. We kept teasing it out and noticed that the problem with standard DEI initiatives is that the outcomes they “sell” are measured by markers that don’t (and could never) capture the deep origins and impacts of the inequities and injustices leveled upon historically marginalized groups.

Jane’s Way is borne of our shared realization that the only way to create more just workplaces and communities is to focus on the immeasurable—on the elements needed to elevate, not just diversity in numbers, but also the felt experiences of each critical variable in the justice equation: 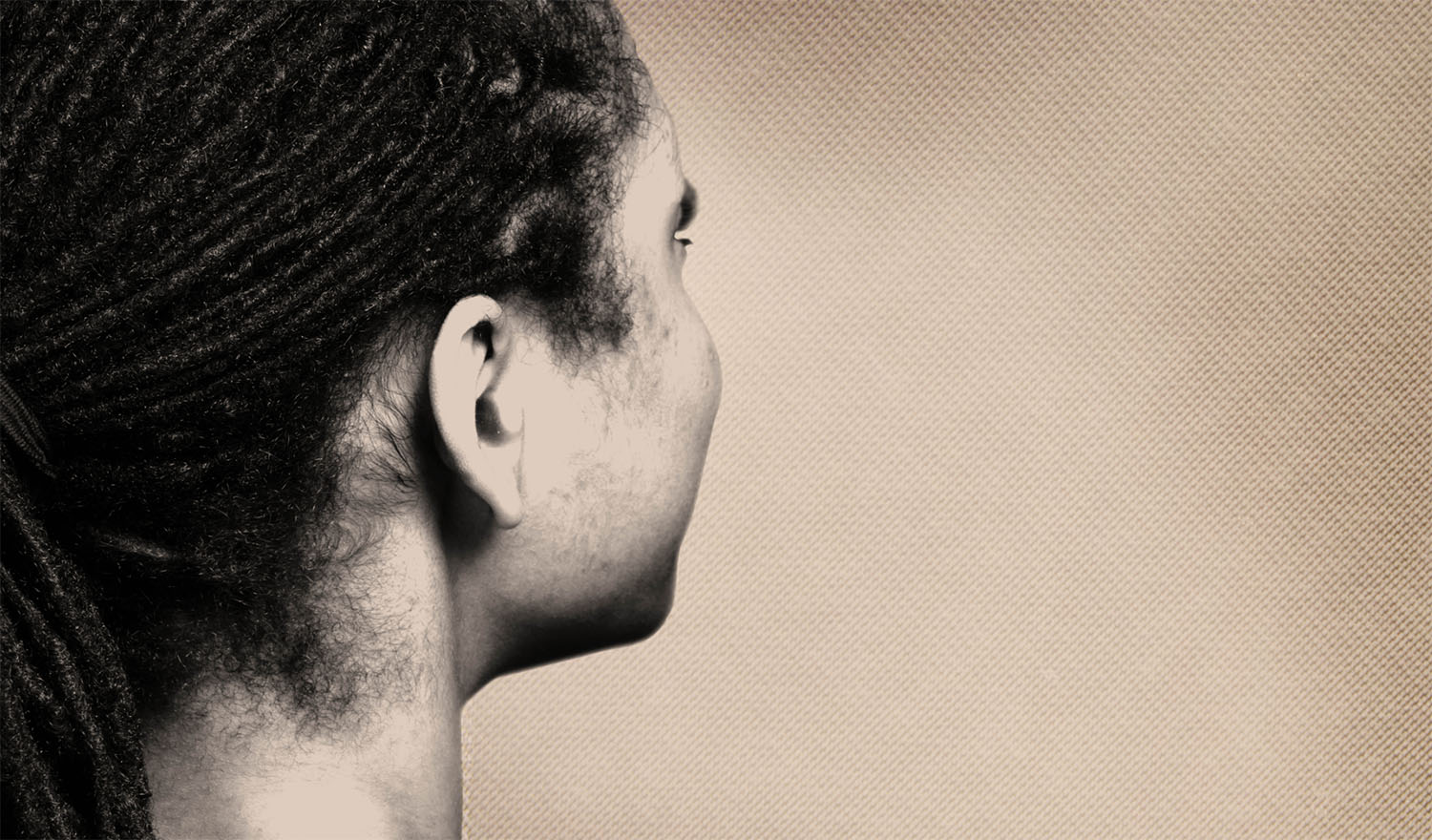 We invite you to make room in your organizations and communities for the frame-changing perspective that is the hallmark of Jane’s Way. Our diversity, equity, and belonging (DEB) consultancy is built from our nearly 100 years combined experience in living, teaching, speaking and writing about—and at all times advocating for—civil and human rights and dignity for all humans, each of whom shares the same need and right to be and feel seen, cared for, respected and valued for who they are and the contributions they bring to the world.

We call ourselves “the Janes,” and we invite you to partner with us in embarking on a different, more authentic and comprehensive pathway to dismantle systemic racism and other “isms” that stifle justice where we live and work.

We invite you to feel the fire in your head, heart, and guts, and to move from there into concrete action, adding value to your organization in measurable and immeasurable ways.

feel the fire in your head, heart, and guts - then move into concrete action. 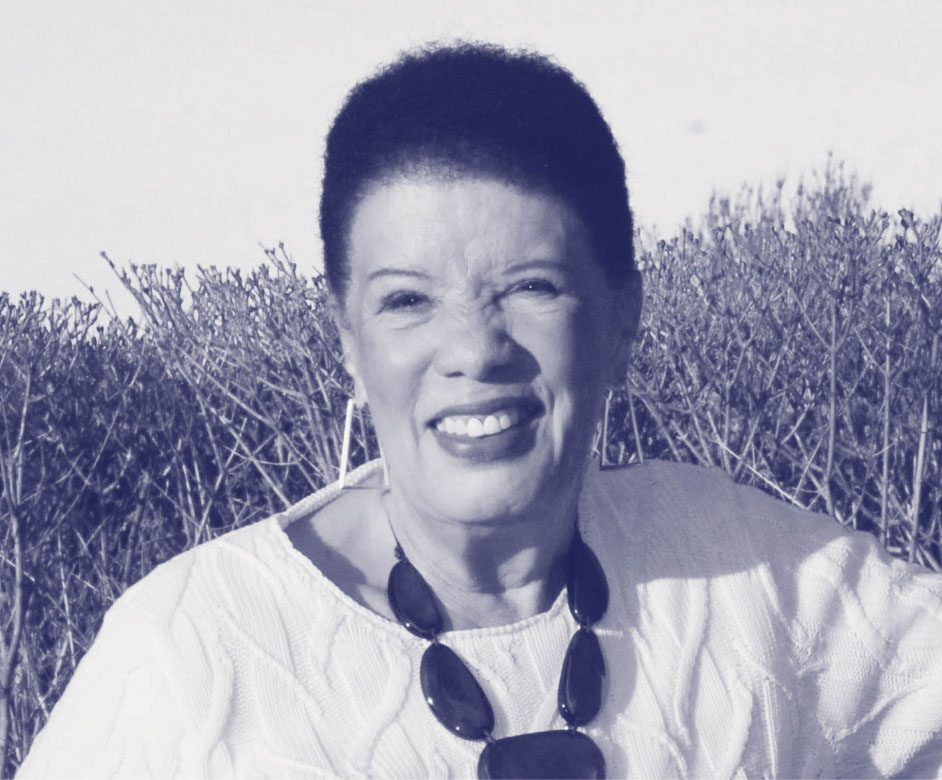 Founding Partner, leads the development of the partner portfolio

my partner is a magnet, drawing people and communities in with her irrepressible hope and intense authenticity

Leads the development of the partner portfolio, converting organizational DEB aspirations into concrete action and guiding leaders through a range of complex issues and hidden impacts to unleash the highest and best potential of individuals, teams, and communities worldwide.

Just watch Jane enter a room, and then command it—my partner is a magnet, drawing people and communities in with her irrepressible hope, her intense authenticity, and her deep commitment to telling it like it is, with compassion and authority. When Jane says, “Can we talk?”—trust—people listen, and they are better for it. Just ask the many CEOs and global leaders who turn to her for wisdom in the face of crisis and change.

Jane C. Edmonds is a Civil Rights icon in the greater Boston area. Founder and CEO / President of Jane C. Edmonds and Associates, Inc., a diversity leadership consultancy launched long before the term “diversity” was coined, Jane built her consultancy after her tenure as Chair of the Massachusetts Commission Against Discrimination, the state body that investigates and adjudicates claims of discrimination in employment, housing, healthcare, etc. Jane noted how mutually unsatisfying these adjudications were to all parties, even those who “won”—and she became inspired to work on prevention, changing consciousness in individuals, organizations, and communities as a way to reduce discrimination and all forms of oppression and “othering.”

After two decades, Jane was drawn into public service, working with people across the spectrum of identity and politics and serving in senior leadership roles in both the Michael Dukakis and Mitt Romney gubernatorial administrations. She cultivated academic credentials over many years, teaching leadership and change-management through DEI principles at Northeastern University and around the world before joining Babson College as Vice President of Community Outreach and Programming — and launching Jane’s Way. Jane is knee-deep in community service currently a member of several non-profit boards, commissions and professional associations, including Lahey Health, Facing History and Ourselves, The Group Insurance Commission of MA, Hebrew SeniorLife, Inc., and Delta Sigma Theta.  She is a graduate of Harvard University and Boston College Law School.  Jane’s networks are unparalleled—around the country and internationally. She is a convener, an empath, and an arbiter: anticipatory, kind, forthright, formidable, intuitive, experienced. She is laser focused on impact; in Jane’s words, the time is now. 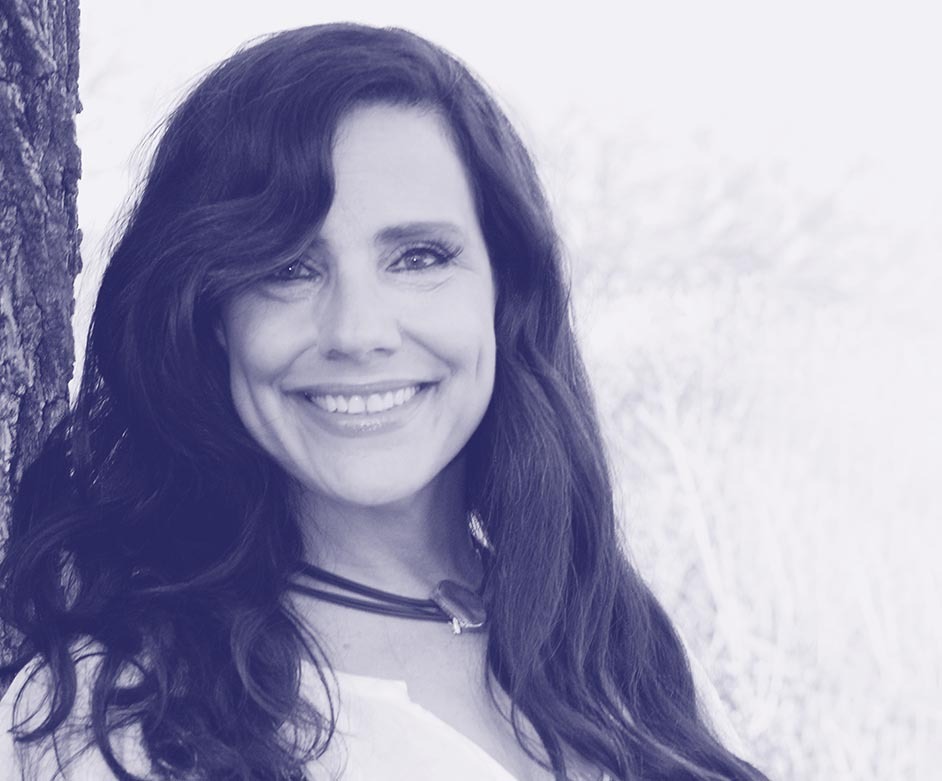 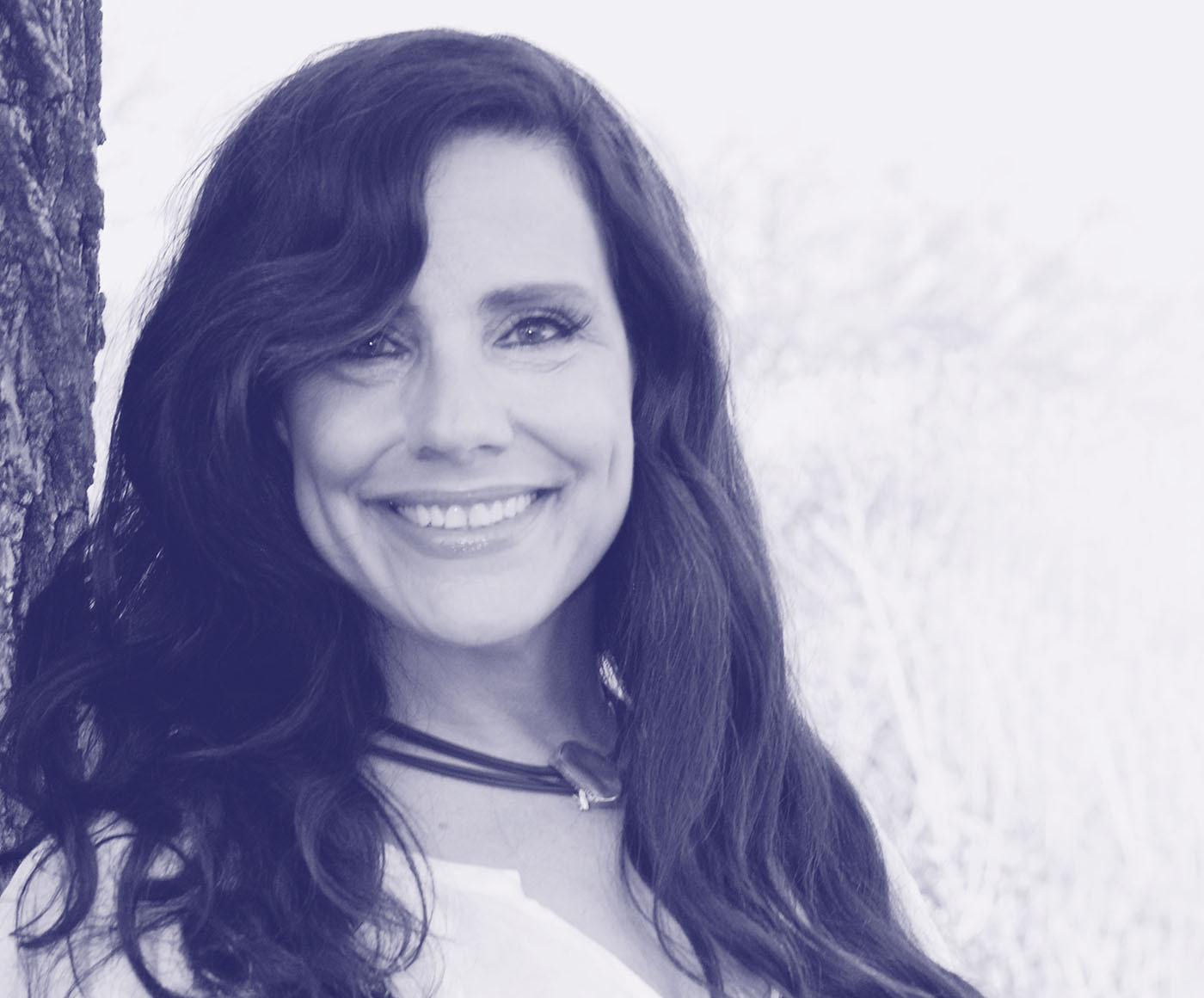 Elizabeth’s exquisite command of history goes worlds beyond the singular narrative of events encrypted in history books, to the heart of the lived experiences of those impacted by systems of oppression. Her brilliance is matched only by the eternal fire within her to help bring a better world into being for all humans.

Elizabeth Swanson, Ph.D. is a professor, writer, and activist in the global human rights arena with special expertise in African American culture and history. She has devoted her life to unearthing stories and truths that have been suppressed through violence and oppression, as evidenced in her many books, essays, courses, and talks around the world. As Co-Chair of the international NGO Historians Against Slavery, Elizabeth guides a network of hundreds of historians and other scholars using historical knowledge of enslavement to identify and mitigate its evolving forms, legacies and impact. She has extensive experience working with survivors of torture, brothel slavery and sex trafficking, and incarceration, and has published a collection of essays by survivors and human rights workers. Elizabeth has studied, spoken and published about transitional justice formations on cultural and political levels, most recently at the convening for the 25th anniversary of South Africa’s TRC Final Report in Stellenbosch, Western Cape region. At a local level, she has also served as a Commissioner and Chair of the Cape Cod, Massachusetts, Human Rights Commission. 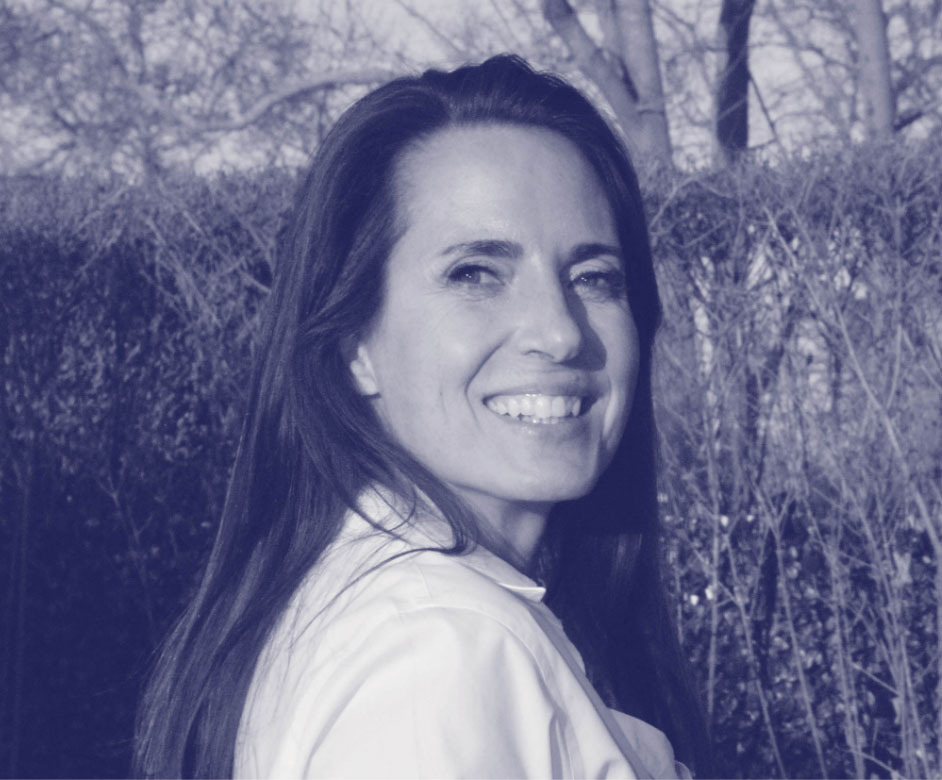 Underneath Donna’s serene surface lies an iron determination to enact greater justice in our communities by tapping into the shared humanity that runs within and among us.

Underneath Donna’s serene surface lies an iron determination to enact greater justice in our communities by tapping into the shared humanity that runs in and among us. Her multidisciplinary frameworks for facing and dismantling racism expands the ability of our partners to bring their whole selves to the challenge: mind, heart, and gut.

Donna Ryan Moore is a civil rights attorney and educator who has devoted her life to the struggle for justice. Building on 25+ years expertise in discrimination and harassment prevention work, Donna has pushed beyond the limits of organizational compliance to insist upon the foundation of mutual dignity and respect that is the need and right of all humans. Providing best practice recommendations for organizations committed to building more diverse, equitable, inclusive, and productive work environments, Donna applies her sharply honed skills in determining and defining frameworks to make the intensely emotional work of racial and other forms of justice clearly articulable to a range of audiences—from community organizations and non-profits, to some of the most powerful international corporations operating today. Having begun her corporate training and consulting career with Jane C. Edmonds & Associates, Inc., she is thrilled to again join forces with Jane (and now, Elizabeth) as founders of Jane’s Way, dedicated to empowering organizations with the tools to intentionally create cultures that allow all people to feel seen, valued, cared for and respected.

Sign up here to join our movement and be the first to know about all Jane’s Way updates.